GREECE IN CRISIS – CHANCE FOR EUROPE

Posted Dec. 2009 Greece is in the focus of interest and the much-discussed crisis reveals reliably: everything is connected with everything. Pythagoras already recognized this. Starting from this realization it becomes clear that Greece can master problems only together with those who are involved. National indebtedness with similar effect as the bankruptcy of the Lehman Brothers is the result of a wrong national consciousness by a system, where profits are

Question: Which assignments does Artforum Culture Foundation (abbreviation ACF) fulfil? Apostolidou: ACF is a foundation which runs cultural activities. The main running projects are, for instance, our NETWORK+ Project and our idea of a European Cultural Centre (ECC) in Thessaloniki. To name one project based on a single artistic idea, this is the initiation of the project Sancto Subito with which we would like to perform a contribution to the actual discussion

Projects and networking Network+    Network+ Project Artforum Culture Foundation starts new ways of co-operations cross-over between artists, collectors, museums, galleries, cultural institutes, government departments, cities and economical partners. With  Network+ Project Artforum Culture Foundation itself will come in touch to all of these different partners and will provide cross-over coordinations. Network+ Project can become a mediator to built up connections between all of these different partners to realise at the end a 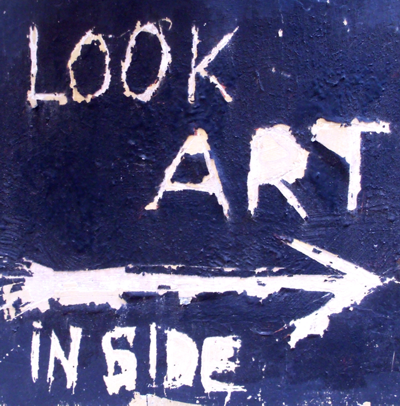 Don’t stop to protect yourself, that will protect us all. ………………………………………………………………………. Art and culture as a main contribution to democracy Artforum Culture Foundation is an independent non-profit organisation (NPO) running for more than two decades in Greece, other European countries and globally. In cooperation with art historians, curators, collectors, gallery owners and museum experts, the board of trustees is responsible for the strategic planning to fulfil mayor targets and services. Members of